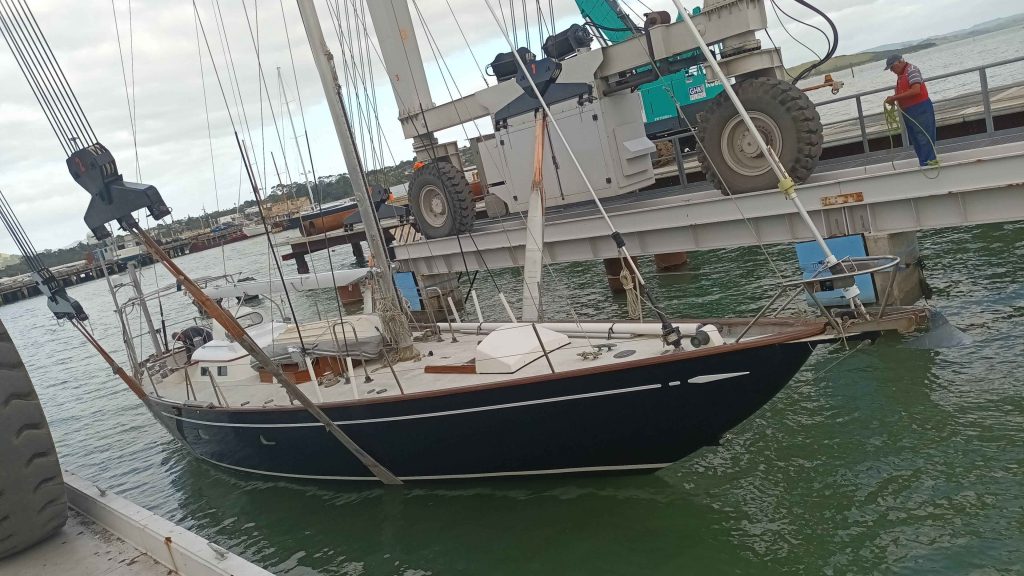 Dancer arrived in NZ in 2017 and was (like many vessels at the Port Whangarei Marine Centre) unable to depart because of border closures. She was sold to a new owner whilst on the hardstand but the new owner was unable to enter NZ to collect her. Oceania Yacht Agency was asked to assist and agreed to make arrangements to ship her to Palma Mallorca.

She was originally booked to go in June, however Virginia, Oceania’s yacht agent,  managed to secure a last minute spot for the yacht on Seven Star’s Happy Delta. This meant the agency team had a small window to prepare the yacht and get her to Auckland, where she was to be loaded. Despite the last minute hitch of a Happy Delta crew testing positive for Covid which delayed the vessel until all crew tested negative she eventually docked in Auckland and the yacht safely stowed on board.

Dancer is Aluminum built in 1965 by Abeking & Rasmussen as a very special one off yacht. She was designed as a CCA ocean racer [ex-Avenir] by Bill Tripp and is a sister to Ondine II, one of the most famous ocean racers ever. She is a classical cutter rigged yacht typical of her time. It’s great to see her released from her confinement and on her way to her new home. With country borders opening throughout the Pacific (including New Zealand) passage of owners and crew is now possible and for more information please contact Virginia Craig 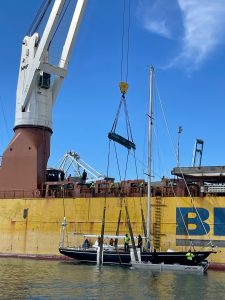 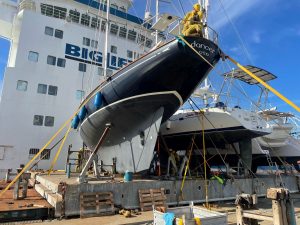